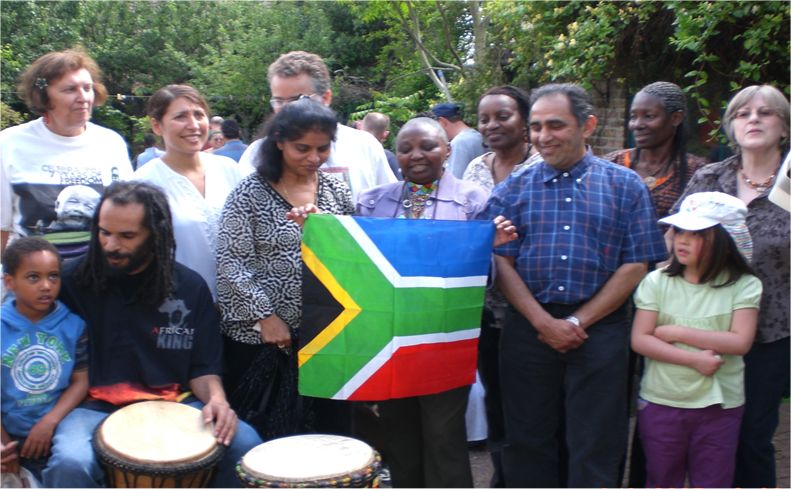 There was lunch, a presentation of the project at Thuto Lesedi Secondary School and a demonstration of a gumboot dance by Makola Mayambika. He had learned the dance when he visited South Africa on a youth exchange program. For the children at the party, participating in the dance was the highlight.

In celebration of Mandela’s life, there were displays of photographs of him from his youth to current age. There was also information about the extensive charitable work his still does to promote the education and welfare of AIDS orphans and other destitute children. His work is a real inspiration for Waltham Forest Thuso in South Africa.

The event raised £1400, and three additional sponsorships for pupils. The money raised will help to increase the number of children getting food at the School.

Waltham Forest Thuso in South Africa thanks all those who joined them in celebrating Nelson Mandela’s 90th birthday, and raise money for a good cause. 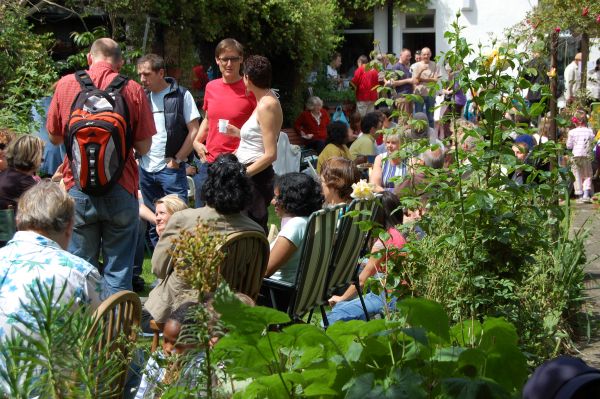 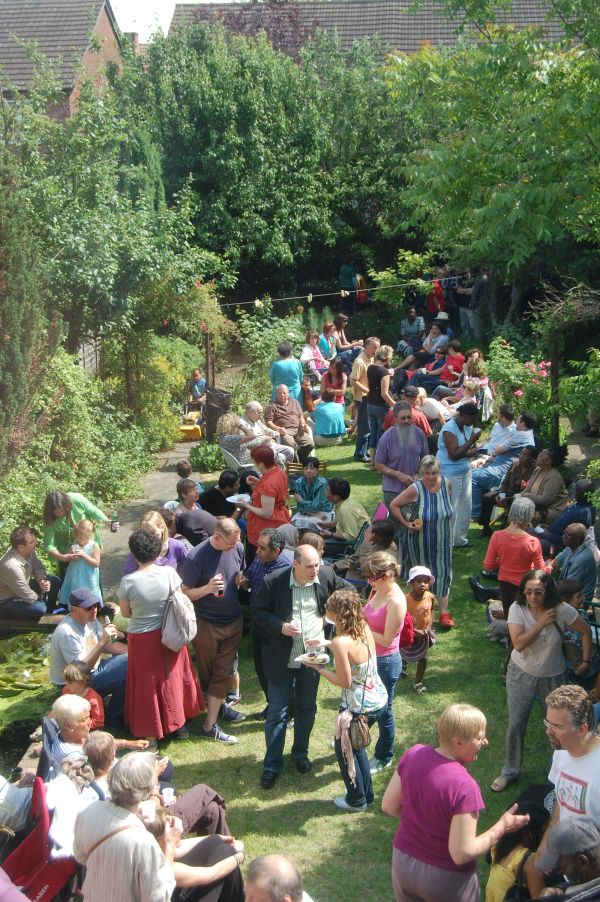 The garden (and house) were filled. 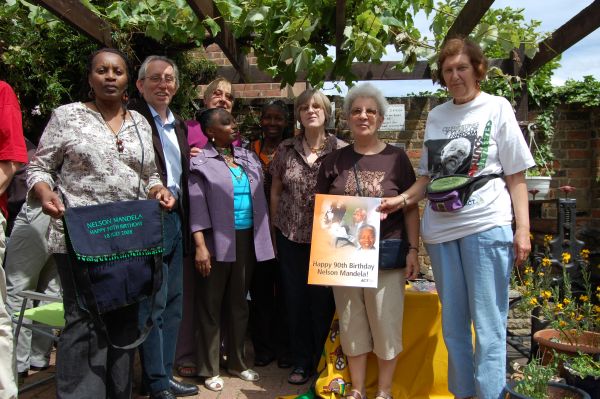 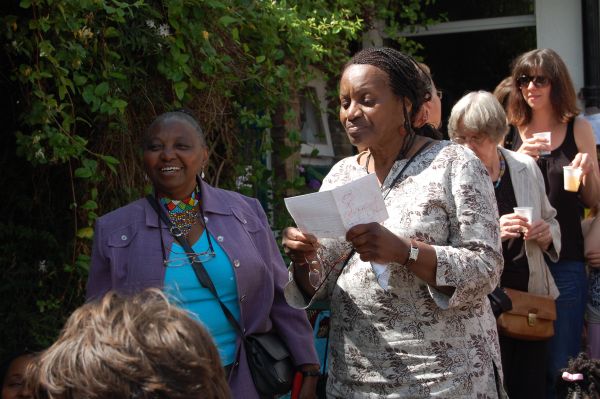 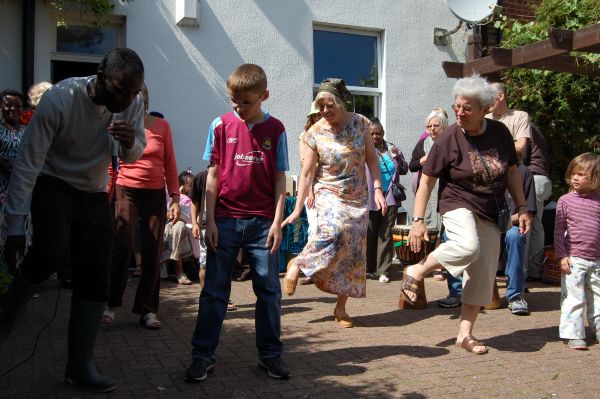 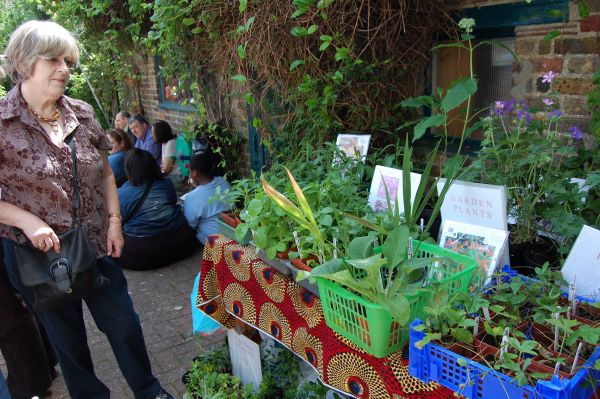 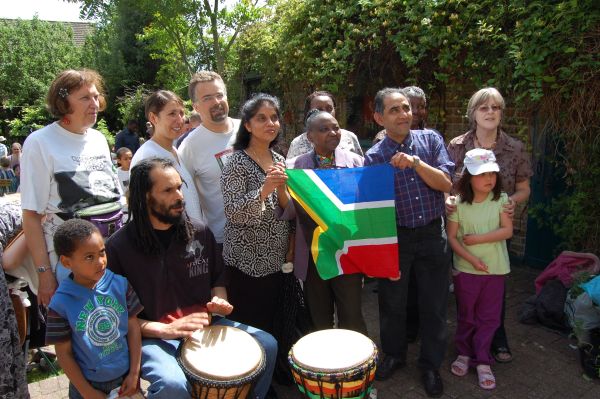 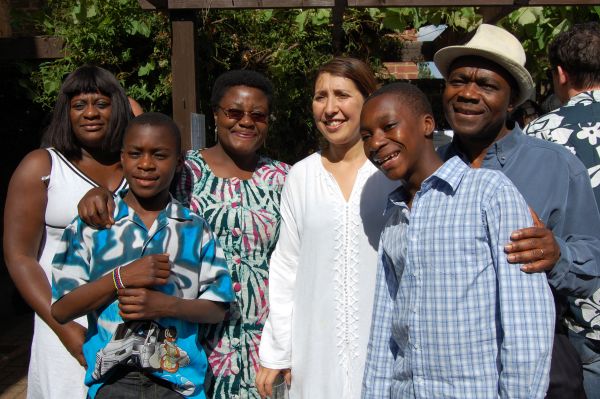 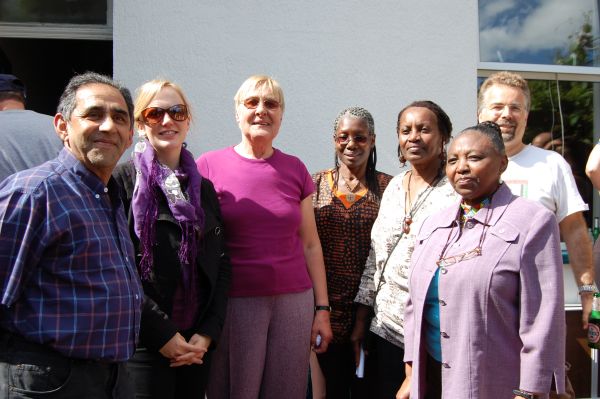